In 2011 Tetra Design Group was commissioned by SinuSys Corporation, a medical device company, to help launch its first product, the AerOs (now Vent-Os) Sinus Dilation System. Tetra evolved the SinuSys brand by creating a visual element that demonstrates how the product works.

The visual element has been successfully used across multiple platforms such as a responsive website, brochure, booth graphics, data sheets, online advertisements and materials for clinical trials.

In September of 2013, SinuSys was notified of pending FDA 510(k) approval of the Vent-Os Dilation System. Once again, Tetra was hired to update all existing collateral pieces, website and develop new materials in anticipation of FDA approval:

• A tabletop booth graphic for each sales rep

• A clinical data summary outlining the product's benefits over it competitors

All updates and design of new materials were completed in late 2013. Upon FDA approval, Tetra was able to release the various components in the campaign to maximize the impact of the announcement. Having several months to work on all updates and new materials was crucial in having a successful launch. Everything was ready to go, making the execution seamless.

"Tetra Design Group helped us develop a great launch campaign for our new Vent-Os™ Sinus Dilation System. Their creative concept is resonating well with our target audience, and their work — covering branding, promotional/sales collateral and web marketing — was executed in a timely and cost-effective manner. I highly recommend them!"

To Work For Trade Or Not? 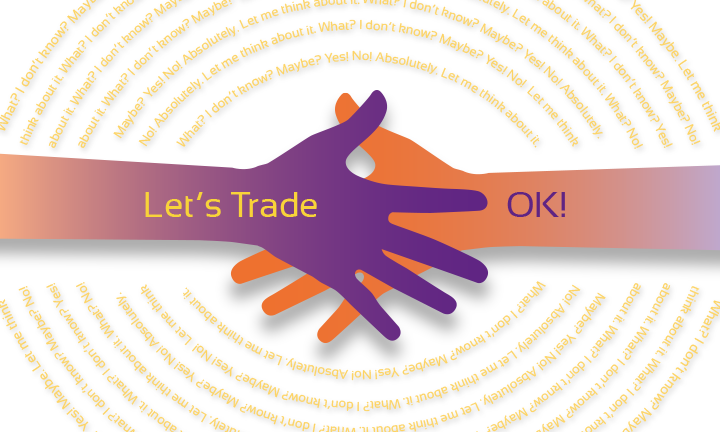 Sometimes in our line of work, designers get a request to do work for trade. This basically means an exchange of creative design services for someone else’s creative services or “other”. Other can take on the form of company stock, recognition/promotion of some sort, word of mouth referrals or another item of value to the Designer.

When these opportunities arise, it is important to approach them with an open mind while also treading cautiously.

First ask yourself the following questions:

If you realize that this can be a win-win situation for both parties, then a few pointers on making the exchange go smoothly.

On the other hand, if you realize a trade for work is not in the cards, then how do you exit gracefully without burning any bridges?

A few pieces of advice:

At the end of the day, the most successful and gratifying work for trade experiences will be where both parties feel that they received a fair exchange whether it be monetary or of a perceived value for the recipient.